CONCEPT: The producers and media agencies of State Farm’s Play Apart Together celebrity gaming tournament and Facebook Gaming needed to book large marquis talent to bring their fanbase to the live stream for the purpose of raising awareness and donations for COVID-19 relief efforts.

RESULT: Royalty Media contracted 2 Chainz and his protege Skooly to play in the Madden tournament against each other as well as promote the tournament on their own Facebook and Twitter reaching a combined 10+ Million of their fans. The result was a 2 hour video livestream of Madden competitiveness that resulted in 3.4 Million views and thousands of comments for that evening. 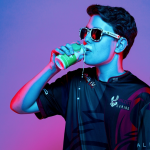