Artist as Publishers: Importance of Building a Proprietary Content Hub

One of the most commonly asked questions we receive when working with artist and bands relates to the importance of having a website, and what are the best ways to monetize online.  YouTube, Twitter, and now Facebook are all battling for control of news and content distribution – but what do these social networks know that the music industry professionals do not?

Vevo has been YouTube’s most popular channel to date by far, streaming more than 6 billions view monthly. Monetization occurs from advertising, but data aggregation on their unique viewers also plays a vital role in determining Vevo’s total worth. With so much traffic and data on the line, Facebook’s recent announcement of new pages features for video consumption makes a lot of sense; ie: control more traffic on Facebook, sell more ads, collect more data.

For artist, their goal should always be to drive value from the consumption of their content or interaction with their brand. This could take the form being paid for downloads, collecting advertising revenues, or receiving new social likes or email collection. With this said, wouldn’t it behoove the artist to have one common destination where all of their content lives so that my fans always know where to go to find it?

Why has the standard become placing music videos on3rd party social networks like YouTube/Vevo, mixtapes on DatPiff, HotNewHipHop, BeatPort?…Giving away creators most precious asset beyond their copyright – the data and monetization opportunities that come with premieres?

Miley Cyrus’ recently set a record with “Wrecking Ball,” for the fastest video to reach over 100 millions views on YouTube, achieving the feat in only six days.  Most websites, many of which generate millions of dollars in revenues, don’t reach 100 million views across their entire website monthly, let alone a single piece of content (2013 – ESPN.com has roughly 72.7 Million UV’s monthly). But how much revenue did it generate for Miley?

Advertising revenues are calculated on revenue per 1000 views, or what is known as a CPM. CPM’s fluctuate depending on where the viewer is located and what device they are viewing from. It has been reported that YouTubes’s average CPM is around $1.75. (or $.00175 per stream). To calculate Miley’s revenues, let’s assume that she gets a higher CPM then the average YouTube creator and that 50% of her audience is located in the US (a $2 CPM), and the other 50% is the located throughout the rest of the world (a $1 CPM).

By this math, Miley should have netted $67,500 from the release of “Wrecking Ball” on YouTube with minimal data collection or understand of who their audience is and how they engage with her content.

Now imagine that Miley premiered, “Wrecking Ball,” from her website for just one week before putting on YouTube. By leveraging new video technology, like Playwire, JWPlayer, or Ooyala, Miley could have plugged her content directly into advertising networks to increase her floor CPM rate, and collected more proprietary data from the traffic on her site. In the US, and most English speaking countries, floor rate CPM’s range between $6-$8 gross.

In 6 days, Miley could have netted $300,000 from the release of her music video on her site, and still put it on YouTube for further “discovery,” after the 7 days.

This same methodology applies for varying content types. Def Jam/GOOD Music artist Big Sean recently released a 4 track EP on his website using his SoundCloud embed. The EP release generated more than 1 million unique visitors to his website the first week (before it was placed on iTunes or similar streaming services), and has over 30 million collective streams to date. If ads were place pre stream, Big Sean could have grossed $150,000 dollars for streaming ad revenues alone.

Really want to super charge your content strategy? Follow our socials and stay in tune with new trends in entertainment, technology, and advertising. 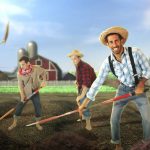 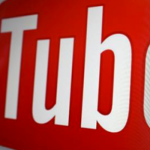