Late tonight, Drake surprised everyone when he dropped his fourth studio album, If You’re Reading This It’s Too Late. The strategy was clearly tribute to Beyonce and RocNation’s  strategy for the release of Beyonce in 2013.

What a well played strategy it was for Beyonce, selling 828,773 copies worldwide in the first three days of availability, and become the fastest-selling album in the history of the iTunes Store. Releasing a full studio album without prior announcement was thought of as risky at the time, but clearly help to fight online privacy and create a viral frenzy around the release.

Beyonce’s album was also accompanied with a short film for each song, a visual strategy that we see as one of the biggest opportunities for artist in 2015 and beyond. It had been rumored that Drake was planning to release a mixtape soon, but instead released a short film today called Jungle which had the music blogs tweet-booking all afternoon.

I am about half way through the new Drake album, and already I am impressed. Given Drake’s star power and the quality of this album, I am sure it will do well on the charts… for multiple weeks. Similar to Taylor Swift’s recent release, Drake’s new album is still no where to be found on Spotify, which judging by Taylor’s success, is probably the correct decision if sales is your goal.

But if Drake’s goal with this album is truly to sell more copies, fighting piracy head-on and preventing paid streaming services access, then why would YoungMoney/OVO put every track of the new album on SoundCloud?

If Taylor taught the us anything, it’s that making people pay for the music first before providing unlimited free access helps to boost sales. Don’t get me wrong, it’s still important to have as much content as possible across all of the social community platforms, but if your goal is to sell more products, then Drake should have went all in on the “digital retailers only,” strategy.

That said, go get the album… because it’s nice! 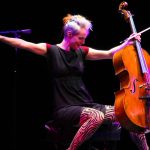